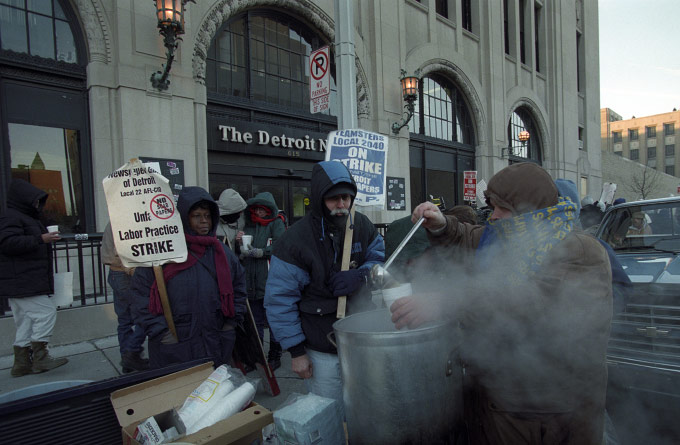 
Teamsters Union member Greg Luce of Utica, Mich., ladles some turkey soup from the back of his pickup as hundreds of strikers rallied outside The Detroit News building ona bitter cold Monday, Jan. 15, 1996. Six unions and 2,500 employees struck Detroit Newspapers, publishers of The Detroit News and the Detroit Free Press on July 13, 1995. No talks are in sight as the strike continues into its seventh month.(AP photo by Richard Sheinwald)